Eulogy to an Urdu Lexicographer

The following piece appeared in The Hindu, eulogizing a star persona from the world of Urdu: Shan-ul-Haq; the star that disappeared in the maze of infinite galaxy, but not before giving several eternal gleam to the world of Urdu literature, the most prominent being the compilation of the Oxford English-Urdu dictionary, the bilingual edition of the Concise Oxford Dictionary.

An elegy for a lost friend

A tribute to Shanul Haq, Urdu scholar and linguist. 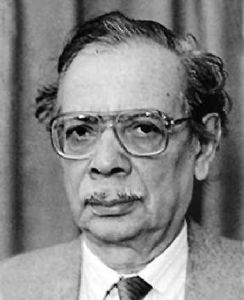 SHANUL HAQ `Haqqee' died in October 2005, at age 88. For some, he was the grand old man of lexicography; for many, of the Urdu ghazal. For me he was a friend.
The intensity of this loss and grief felt by many like me calls for some elucidation.
Shaul Haq Saheb — that's how I addressed him — spent most of his last years compiling the Oxford English-Urdu dictionary, the bilingual edition of the Concise Oxford Dictionary, the mother of English lexicons. He was particularly pleased that he could include Urdu equivalents of almost 1,25,000 English words and expressions as well as illustrative sentences (with their Urdu translations) to convey the exact meaning of the word or idiom. And that a guide for pronunciation using the International Phonetic Alphabet (IPA) would help overcome a persistent problem that Urdu speakers face.

There is no use listing some of the highest civilian and literary awards he was given, for that would fail to reveal the breadth of his wide interests and learning. Every generation has its grand old men; he belonged to the generation before me. But this gap seemed to vanish every time we met, whether to discuss the column on language that I wrote for a Canadian publication, or to talk about some problem with the word-processing software I had given him. Often we did this while sneaking a cigarette outside his home in Montreal or by going to a bistro for a glass of wine, both of which he preferred to do away from his son's house where he had been living after migrating to Canada. He often lamented the contract for the dictionary that he had signed with OUP several years ago for a laughable sum, but he abided with the terms of the contract being the gentleman that he was, toiling regardless to produce an excellent work of reference.
He could not have been farther from the image of the archetypical cantankerous, verging-on-senility, grand old person of letters. In his late seventies, when most grand old men are content with wearing their laurels, he mastered the use of the word-processor and the mystery of the Internet. He would sometimes telephone me for help in retrieving documents, result of several days work, that his computer seemed intent on swallowing without a trace. Next he began tackling the Urdu word-processing software, no mean task as several letters of the alphabet must be joined to form words in Urdu. Once when I told him about a Hindi word-processing software, he immediately asked me to get it for him, and within a matter of months, sent me the copy of one his collections of Urdu verse transcribed in Hindi script, for corrections.

Shanul Haq Saheb was born in Delhi, and studied at the Aligarh Muslim University and at Delhi's St. Stephen's College. His love of languages began with his first job, translating the Axis power's propaganda broadcasts in Hindi-Urdu into English, in 1942 in Shimla. He used to reminisce, with a certain nostalgia, about the charms of hill lasses. He was in Calcutta (Kolkata) at the time of the Partition, and used to recall with horror the killing that took place right in front of the hotel where he had sought refuge. The train full of Muslims that was meant to take him and other refugees back to Delhi was sent straight to Pakistan, a regret that he never outlived. He chose to settle in Pakistan, as there was little inkling at that time of the bitterness that was to develop in its relations with India.

I was to find that his standing as one of the architects of modern Urdu ghazal was no less towering than his reputation as a linguist and a scholar of Urdu language. Among his legacies is the Grand Urdu Lexicon. The first 16 volumes of this monumental work were published when he was the Honorary Secretary of Pakistan's Urdu Language Board. He told me of the countless hours he spent late into the night, after his regular job at the Ministry of Information, at the Board's office filling out nearly 1,00,000 hand-written cards for the words that were to be included in the lexicon.

Shanul Haq Saheb's skill as a translator was sometimes overshadowed by his eminence in other areas. He had translated the Bhagawad Gita and Kautilya's Arthshastra into Urdu, but first mastering enough Sanskrit to read the works in the original. For me, one of the most memorable moments of our friendship came one bitterly cold afternoon. The sun was streaming through the bay window in his son's living room, its light reflecting on the snow piled shoulder-high outside, as he read his translation of Shakespeare's "Anthony and Cleopatra", with me following the text in English. The scene described the intrigues and jealousies inside Cleopatra's palace, and he could recite most of it just from his phenomenal memory. The Urdu vocabulary is not only more colourful and versatile, but its idioms are far more effective for describing the banter of slave girls in a harem. It's a pity that only those who know Urdu can have a taste of his translation, for it was every word and idiom — and I am willing to do battle in support of my assertion — as evocative and poetic as the original.

I could not bring myself to attend his funeral, for my grief and sense of loss was very personal. His family understood. One of the last conversations we had was about echo-words in various languages, soon to be the subject of a Wordspeak column.